Pride and Prejudice Quotes: Pride and Prejudice, a beautiful novel by Jane Austen, has been universally admired as it illustrates people with actual feelings. It also unveils the flaws that exist in the way of their pleasure. The characters are prejudiced about family, wealth, and status. To exemplify these beliefs, this article brings some of the best quotes from Pride and Prejudice.

Pride and Prejudice Quotes on Love and Marriage

Love is one of the main topics of Austen’s novel. The novel defines the place of love in marriage, and even though it was written in 1813, these quotes give valuable advice for concerns of devotion today.

Read these quotes for some genuine insight.

1. “It is a truth universally acknowledged, that a single man in possession of a good fortune, must be in want of a wife.”

2. “To be fond of dancing was a certain step towards falling in love.”

3. “Next to being married, a girl likes to be crossed a little in love now and then. It is something to think of, and it gives her a sort of distinction among her companions.” – Mr Bennet

4. “Do anything rather than marry without affection.” – Jane Bennet

5. “There are very few who have heart enough to be really in love without encouragement.” – Charlotte Lucas

6. “You showed me how insufficient were all my pretensions to please a woman worthy of being pleased.”  – Darcy

7. “They walked on, without knowing in what direction. There was too much to be thought, and felt, and said, for attention to any other objects.”

8. “I think you are in very great danger of making him as much in love with you as ever.” – Elizabeth Bennet

9. “She began now to comprehend that he was exactly the man who, in disposition and talents, would most suit her. His understanding and temper, though unlike her own, would have answered all her wishes. It was a union that must have been to the advantage of both: by her ease and liveliness, his mind might have been softened, his manners improved; and from his judgement, information, and knowledge of the world, she must have received the  benefit of greater importance.”

10. “Could there be finer symptoms? Is not general incivility the very essence of love?” – Elizabeth Bennet

11. “Happiness in marriage is entirely a matter of chance.” – Charlotte Lucas

12. “I am determined that only the deepest love will induce me into matrimony. So, I shall end an old maid, and teach your ten children to embroider cushions and play their instruments very ill.” – Elizabeth Bennet

13. “In vain I have struggled. It will not do. My feelings will no longer be repressed. You must allow me to tell you how ardently I admire and love you.” – Darcy (Pride and Prejudice Quotes)

14. “If a woman is partial to a man, and does not endeavour to conceal it, he must find it out.” – Elizabeth Bennet

15. “In nine cases out of ten, a woman had better show more affection than she feels.” – Charlotte Lucas

16. “She hardly knew how to suppose that she could be an object of admiration to so great a man.”

17. “A lady’s imagination is very rapid; it jumps from admiration to love, from love to matrimony in a moment.” – Darcy

Pride and Prejudice Quotes on Pride and Vanity

18. “It is very often nothing but the vanity that deceives us.” – Jane Bennet

19. “Yes, vanity is a weakness indeed. But pride—where there is a real superiority of mind, pride will be always under good regulation.” – Darcy

20. “Vanity and pride are different things, though the words are often used synonymously. A person may be proud without being vain. Pride relates more to our opinion of ourselves, vanity to what we would have others think of us.” – Mary Bennet

21. “Had I been in love, I could not have been more wretchedly blind. But vanity, not love, has been my folly.” – Elizabeth Bennett (Pride and Prejudice Quotes)

22. “Nothing is more deceitful… than the appearance of humility.” – Darcy

23. “Pride is a very common failing… I am convinced that it is very common indeed; that human nature is particularly prone to it, and that there are very few of us who do not cherish a feeling of self-complacency on the score of some quality or other, real or imaginary.” – Mary Bennet

24. “There is, I believe, in every disposition a tendency to some particular evil—a natural defect, which not even the best education can overcome.” – Darcy

25. “He was the proudest, most disagreeable man in the world, and everybody hoped that he would never come there again.”

Pride and Prejudice Quotes on Happiness

26. “I am only resolved to act in that manner, which will, in my own opinion, constitute my happiness, without reference to you, or to any person so wholly unconnected with me.” – Elizabeth Bennet

27. “I am the happiest creature in the world. Perhaps other people have said so before, but not one with such justice.” – Elizabeth Bennet

28. “I declare after all there is no enjoyment like reading! How much sooner one tires of anything than of a book! When I have a house of my own, I shall be miserable if I have not an excellent library.” – Miss Caroline Bingley (Pride and Prejudice Quotes)

29. “Affectation of candour is common enough—one meets with it everywhere. But to be candid without ostentation or design—to take the good of everybody’s character and make it still better, and say nothing of the bad—belongs to you alone.” – Elizabeth Bennet

30. “She had a lively, playful disposition that delighted in anything ridiculous.”

31. “I never could be so happy as you. Till I have your disposition, your goodness, I never can have your happiness.” – Elizabeth Bennet

32. “Follies and nonsense, whims and inconsistencies do divert me, I own, and I laugh at them whenever I can.” – Elizabeth Bennet

33. “You must learn some of my philosophy. Think only of the past as its remembrance gives you pleasure.” –

Pride and Prejudice Quotes on Integrity

34. “You shall not, for the sake of one individual, change the meaning of principle and integrity, nor endeavour to persuade yourself or me, that selfishness is prudence, and insensibility of danger security for happiness.” – Elizabeth Bennet

35. “There is a stubbornness about me that never can bear to be frightened at the will of others. My courage always rises at every attempt to intimidate me.” – Elizabeth Bennet

36. “Do you think that any consideration would tempt me to accept the man who has been the means of ruining, perhaps forever, the happiness of a most beloved sister?” – Elizabeth Bennet

37. “Elizabeth had never been more at a loss to make her feelings appear what they were not. It was necessary to laugh when she would rather have cried.”

38. “You were disgusted with the women who were always speaking and looking, and thinking for your approbation alone. I roused, and interested you because I was so unlike them.” – Elizabeth Bennet

39. “It is particularly incumbent on those who never change their opinion, to be secure of judging properly at first.” – Elizabeth Bennet

40. “The more I see of the world, the more am I dissatisfied with it; and every day confirms my belief of the inconsistency of all human characters, and of the little dependence that can be placed on the appearance of merit or sense.” – Elizabeth Bennet

Elizabeth acts with honesty throughout the novel, and this develops her into such a great character. (Pride and Prejudice Quotes) She remains committed to her principles of what it implies to be a decent individual. Maintaining your ethical beliefs is something we should all strive for.

There is credible guidance in this novel about how to feel comfortable that can work for everyone. 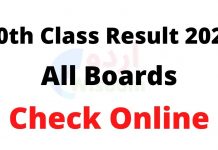 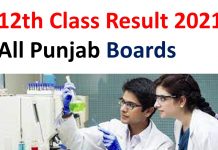 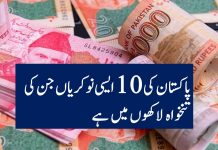