General knowledge questions and answer about Pakistan is a very important topic for any competitive exams in Pakistan. If you are applying for any government job for clerk level to CSS exam you should prepare about Pakistan history, religious and political matters. Here you can find the most repeated general knowledge MCQs which is the collection of previous 2005 to 2020 past papers.

. Nehru Report date: August 1928
. Wavell Plan (Simla Conference): 1945
. Geneva Pact was signed on 14th April 1988.
. Simla Pact was signed on 3rd July 1972.
. The Scientific Society established at Ghazipur
on 9th January 1864 and later shifted to
Aligarh when Sir Syed was transferred to Aligarh.
. Lucknow Pact: December 1916
. Lahore Resolution was presented by Maulvi
A.K. Fazlul Huq in 1940
. Sui gas field was discovered in late 1952
. Congress was founded upon the authority of
British civil servant Allan Octavian Hume
. Partition was Bengal was in 1905
. Indus Waters Treaty was signed in Karachi on
September 19, 1960
. All Pakistan Muslim League was formed on
December 30th, 1906 in Dhaka
. The headquarters of the All India Muslim
League was established in Lucknow,
and Sir Aga Khan was elected as its first
president
. Qaumi Tarana was written by Hafeez
Jullundhri in 1952 and was composed by Ahmad
G. Chagla in 1949.
It was officially adopted as Pakistan’s national
anthem in August 1954.
. The Radcliffe Line was published on 17 August
1947
. In 1945 who is the viceroy of India?

. Abdul Qadeer Khan is the creator of Atom
The bomb of Pakistan. who acts as president in the absence of president? Answer: The Chairman Of Senate
. Quaid-e-Azam Muhammad Ali Jinnah was born
on December 25, 1876, in Karachi and died on
11th September 1948 (Aged 71) buried in
Karachi
. Allama Iqbal was born on 9 November 1877 in
Sialkot and died on 21 April 1938 (aged 60)
buried in Lahore
. Sir Syed Ahmed Khan was born on 17th October
1817 in Delhi and died on 27 March 1898 (aged
80) buried in Aligarh
. Liaquat Ali Khan was born on 1 October 1895 in
Karnal, India (now Haryana) and died on 16
October 1951 (aged 56) buried in Karachi
(he was shot in Rawalpindi and has got the title
of Shaheed-e-Millat)
. Fatima Jinnah was born on 30 July 1893 in
Karachi and died on 9 July 1967 (aged 73) buried
in Karachi
. Sialkot is famous for sports goods
. Karachi is known as the city of lights
. Lahore is known as the city of gardens
. Karachi is the biggest city in Pakistan
. Faisal Mosque is in Islamabad
. The resort town of Ziarat is famous for its forests of which type of tree? Answer: Juniper
. “Qissa Khawani Bazaar” is located in Peshawar
. Wazirabad is internationally famous for its fine
quality cutlery products
. Quetta is known as the fruit basket of Pakistan
. Hyderabad is known as the city of perfumes
. Pakistan is located in the tropic zone of South
. Tirch Mir is the highest peak of the Hindukush
range

. The height of K2 is 8611 m
. The height of Nanga Parbat is 8126 m
. Takht-e-Sulaiman is the height peak of
Sulaiman Range
. Jaccobabad is the hottest place in Pakistan
. Ziarat is the coldest place in Pakistan
. Pakistan comes at 34th number in the world with
respect to the area
. 205,444 is the total area of Punjab province in
sq km
. 140914 is the total area of Sindh in sq. km
. 347192 is the total area of Balochistan in sq. km
. 700 km is the total length of the coastline of
Pakistan.
. Balochistan has the longest coastline among all
provinces of Pakistan
. The total length of the coastline of Sindh is 200 miles
. Karachi is the largest seaport in Pakistan
. Khojab is the longest tunnel in Pakistan
. Jhelum is the origin of the Lower Bari Doab canal
, Chenab is the origin of the Upper Bari Doat canal
. 4 rivers flow in Sindh
. 8 rivers flow in KPK
. 12 rivers flow in Balochistan
. River Bolan flows in Balochistan
. Hub river flows in Sindh
. Tarbela Dam is built on the river Indus
. Mangla Dam is built on the river Jhelum
. Area of the highest rainfall in Murree
. The area of highest snowfall is Skardu
. The total height of Tarbela Dam is 500 ft
. The total length of Terbela Dam is 6000 ft
. The origin of Jinnah Baraj is Sindh and it is located
near Kalabagh
. Thar is the largest desert of Pakistan
. Sindh Sagar is between the rivers of Indus and
Jhelum
. Ganji Bar is located between Ravi and Sutlej
. Chaj Doab is between the rivers Chenab and
Jhelum
. Rachna Doab is located between Ravi and
Chenab
. 8 Barrages are made on the Indus River
Pakistan opened its first embassy in Iran.
Egypt was the first to open its embassy in Pakistan. (chk)

Oceans (From Largest to Smallest):

CONTINENTS (by the number of countries)

Capitals and Currencies of some important

I hope you got comprehensive information about the general knowledge about Pakistan and Insha Allah it will help you in your exams. If you read any mistake in this post you should comment me I will correct it. General Knowledge about Pakistan is very important topic in PPSC, FPSC, NTS SPSC, BPSC, and KPPSC exams point of view. 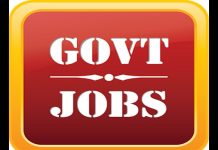 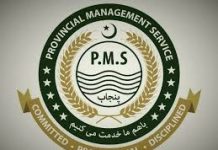