Motorcycle quotes: The excitement or desire for riding can be discerned from the care any motorcycling enthusiast splashes on his motorcycle. But many people have to fear the ride of aeroplanes and motorcycles.

Riding a motorcycle pertains to dealing with an unusual collection of several elements like danger, speed, balance, skill, and mechanics. Its essence is in these quotes so here are some of the best biker quotes and sayings.

Here is a collection of 40 Motorcycle quotes. So read and appreciate these quotes!

If you want to be happy for a lifetime, ride a motorcycle.”
― Anonymous

5.“Note to self: Never ride a motorcycle in stilettos and a miniskirt.”
― Maggie Grace

6.“I don’t really feel like going for a ride today. Said no motorcycle rider ever.”
― Anonymous

7.“The only thing better than a street bike. is a woman riding one?”
― Anonymous

8.“My first car was a motorcycle.”
― Adam Carolla

9.“Life is not about waiting for the storms to pass: it’s about learning how to ride in the rain!”
― Anonymous

11 “You are on your own. You are not protected by two tons of steel, rubber, foam padding and safety glass. Neither are you steering two tons of guided missiles toward other cars, people and property? If you are prepared to accept the responsibility for your own actions, then motorcycling can be both safe and thrilling. Riding is an art as well as a craft and no amount of explanation can take the place of experience.
― Theresa Wallach, Easy Motorcycle Riding, 1970

13.“It wasn’t until I went to college and I got the first motorcycle that I understood the thrill of speed.”
― Vin Diesel

14.“I look my best when I take my helmet off after a long motorcycle ride. I have a glow and a bit of helmet hair.”
― Eric Bana

15.“Only a biker knows why a dog sticks his head out of a car window.”
― Anonymous

17.“There are two kinds of riders: Those who have crashed and those who will.”
― Anonymous

18.“The older I get, the faster I was. There are old bikers and there are bold bikers, but there are no old, bold bikers.”
― Evel Knievel

19 “All girls like guys who are tough. Obviously, riding a motorcycle – I don’t want to say that there’s a bad boy quality – but there’s definitely a tough and macho thing about a guy who rides a motorcycle and that element of danger. That’s really sexy.”
― Marisa Miller

20“I asked God for a bike, but I know God doesn’t work that way. So I stole a bike and asked for forgiveness.”
― Emo Philips

21.“You do not need a therapist if you own a motorcycle, any kind of motorcycle!”
― Dan Aykroyd

22.“When I was old enough to ride a motorcycle and got my license, I bought a ’69 Sportster.”
― Chuck Zito

23.“That is why, as soon as I felt a real attraction for my first passion which was the motorcycle, and in spite of the danger it could represent, they encouraged me.”
― Jacky Ickx

26. “The perfect man? A poet on a motorcycle.”
― Lucinda Williams

27. “Never ride faster than your guardian angel can fly.”
― Anonymous

28. “Animals travel on all fours. Mankind on two. Motorcycling is not a means of transport but an ideology, a nomadic way of life.”
― Amit Reddy

29. “Most motorcycle problems are caused by the nut that connects the handlebars to the saddle.”
― Anonymous

31.“Why is Jim the only one in the plant to have money….Because he rides the new Harley Hummer.”
― Harley Davidson Ad, 1954

32. “A cold hamburger can be reheated quite nicely by strapping it to an exhaust pipe and riding forty miles.”
― Anonymous

34. “I want to ride my motorcycle up the side of the Luxor to the light and vanish.”
― Criss Angel

35. “I did some great work with my Calvin Klein ads on the motorcycle. It was really groundbreaking because people hadn’t seen a woman actually riding a motorcycle before.”
― Carre Otis

37. “People are like Motorcycles: each is customized a bit differently.”
― Anonymous

38. “Thin leather looks good in the bar, but it won’t save your butt from “road rash” if you go down.”
― Anonymous

39. “The only good view of a thunderstorm is in your rearview mirror.”
― Anonymous

40. “Sometimes it takes a whole tankful of fuel before you can think straight.”
― Anonymous

Riding a bike is an exciting and amazing experience. A bike can easily get you out of any traffic jam. So enjoy the ride as well as these Motorcycle quotes. 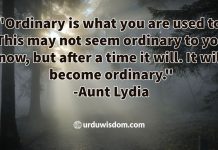 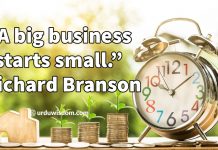 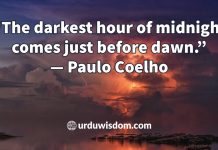 50 Best The Alchemist Quotes will Motivate You