The water crisis in Pakistan

Water! Water is one of the basic need and right to life. No life could have been possible on the Earth if there been no water there. It is a sad reality that we do not even bother to take proper measures for securing our natural resources unless crises start knocking at our door and we started expediting difficulties. Water is one of the most important natural resources on the Earth we have. The water crisis in Pakistan is becoming a serious issue with the passage of time.

The world is facing a deadly crisis of its scarcity, which is mainly because of global warming and Pakistan is also no exception in this regard. At present, Pakistan is facing a number of issues but perhaps the most threatening of them is the shortage of water. This problem is getting bigger and bigger with each passing day. According to a recently released IMF report, Pakistan ranks third among countries facing water shortage.

The water crisis in Agriculture:

Water is increasingly essential for the nourishment of human life. Like people’s livelihoods, food security and socio-economic stability as well. Pakistan is dependent on water resources because of agriculture. Similarly, economic growth and advancement of agriculture and economy truly lie in water availability. But the depressing and worrying fact is that Pakistan is facing a serious water shortage at present.

There is not only a critical drinking water scarcity but also the irrigation water crisis which in turn, is badly affecting the agriculture sector and the livelihood of the people. In all this result the socio-economic development and growth of a country have been affected badly to great extent. There are multiple reasons behind water shortage including the lack of water reservoirs and storage of dams, wastage of water and poor water resource management. Secondly, climate change is also one of the major causes of water shortage in Pakistan which has caused dry spell like the situation in rural and remote areas.

To solve this issue we must on a larger scale construct new water reservoirs and construction of dams is also badly needed to overcome the issue of water shortage. We need to understand that this critical problem cannot be overcome unless dams are constructed. Unfortunately, our government is not paying much attention to this severe problem. Currently, in Pakistan, there are only 150 dams of above 49-foot height in Pakistan which are not enough to full fill needs of all the country. According to experts, Pakistan is going through the worst water crisis of history. The current dry spell in Sindh and Baluchistan has badly affected the economy as well as agriculture of the country.

To fill Baglihar Dam India had consistently block Chenab’s flow in result Pakistan received only 19,351 cusecs on 9 October 2009 and 10,739 cusecs on 11 October 2009, where Pakistan should be receiving a minimum of 55,000 cusecs per day. Total loss of this was approximately 321,000 MAF of water. India has gained a water holding capacity on western rivers which can seriously affect water inflow at Marsala Mangla Dam causing acute shortage of water for a winter crop.

Helping the Water Crisis in Pakistan

In 2018 when Imran Khan government come the government called both national and international Pakistani to help fund a $14 billion project to build two dams. The main aim of the dam is to help Pakistan store more water and to supply Pakistan with electricity and other agriculture problems. Several Pakistani celebrities have donated towards the dam but there is still a lot of money t

The government have to take certain and quick steps to slow down the water crisis in Pakistan. The Pakistan Academy of Sciences said that the country needs to expand its water storage in order to reduce water waste and to improve water productivity and develop a framework that will help to solve the water crisis.

Keeping in mind a large percentage of Pakistan’s population has no access to safe and clean drinking water big example id that. According to the news report, almost 70 per cent of water in Pakistan is not suitable for human consumption here. There is no denial of the fact that Pakistan is the water-stressed country at the stage but if the visible measures are not taken in this very critical situation it will result in Pakistan will be water-scarce country from water-stressed by 2025. The government have to take the measures before it’s too late.

You can also read 500 general knowledge MCQs about Pakistan. 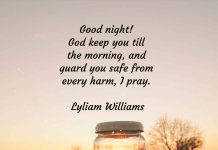 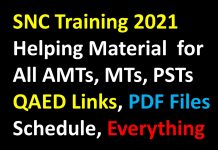 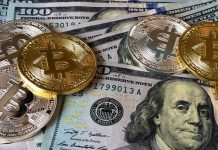 How to Earn Money Online in Pakistan 2021?